Published in Tinnitus Talk, journal for the Australian Tinnitus Association. Vol.36 No.2, June 2017

Everyone who experiences tinnitus has a different experience as it may have been initiated and exacerbated due to different medical events. The is no correlation between one kind of tinnitus producing a particular noise, intensity or frequency of unwanted persistent sound. So naturopathically individual treatments plans must be devised.

As someone with tinnitus it is important to take care of your body and therefore care of your hearing system and your mind. The problem is that most people are eating a very poor diet that creates illness and increases tinnitus. We have been sold profitable food ‘product’ that comes in a box, plastic packet or tin that is no longer or may never have been food.

Your mouth, nose and ears are connected via the eustachian tubes and the worst irritant of this system is dairy products. More than 90 percent of some populations experience lactose intolerance and large percentages of the population are grain and gluten intolerant, which causes gut and sinus infections and irritations. The gut is one of the major foundations of your health where you produce 90 percent of your serotonin, so when you feed it allergens, you feel bad. When your sinuses are infected or not draining well it creates pressure in the middle ear and increases deafness and tinnitus.

Eating a low-fat, plant-based wholefood diet will help your hearing system work more effectively. Le, & Sabaté (2014) found that plant-based diets offer additional protection for hypertension, cardiovascular mortality, type-2 diabetes and obesity. It is important that you do not carry excess weight which will increase blood pressure and cause vascular blockages. Giem, Beeson, & Fraser (1993) found that people who included animal products in their diet were more than twice as likely to suffer dementia. This in turn reduces the effectiveness of the processing centres in the brain, including those connected with hearing. 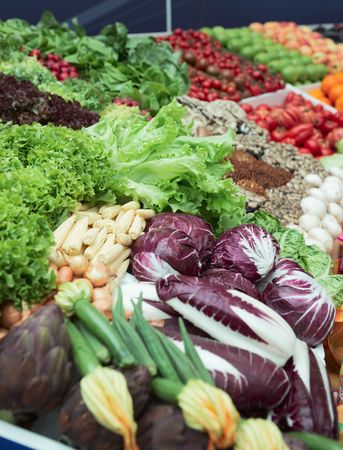 When I suggest a diet with no meat, fish, dairy or eggs people immediately think and their GPs ask where they will get their protein. But when people ask that question they can rarely specify which protein they are referring to because it is a myth that we need animal products for protein. All foods contain proteins but the body can use none of them because they are broken down into amino acids which are reconstituted as the proteins that the human body needs.

Some people with tinnitus are highly sensitives to salicylates found in food and when they have not consumed those foods their tinnitus reduces considerably. Plants produce salicylates to protect themselves from insects, fungi, and harmful bacteria. Sheppard, Hayes, Chen, Ralli, & Salvi (2014) report that it is clearly established that salicylates can cause deafness which is why people with tinnitus should avoid aspirin, along with other drugs, foods and herbs containing high salicylates.

If you have cardio vascular disease you may have been prescribed salicylate drugs such as aspirin by your doctor and you should not stop immediately and only do so in conjunction with your health practitioner. Esselstyn, Gendy, Doyle, Golubic and Roizen (2014) carried out one of the latest studies to show that low-fat, plant-based diet can reverse vascular blockages. So it is possible you may not even need salicylates-based drugs (again, only come off these in co-ordination with your health practitioner).

Animal-based diets are inflammatory and the correct plant-based diet is anti-inflammatory. This is immunology 101 where we learn when a patient has a transplant they need immune-suppressant drugs because the body detects another being’s foreign DNA. That inflammation crosses the blood-brain barrier and also affects the hearing-associated centres of the brain.

The list of plant-based foods containing salicylates generally comes in different levels: no, low, medium and high salicylates. Compose your diet from the no and low salicylate list with just occasionally something from the medium range but never from the high range.

When formulating the way you eat, it is important to include all the colours so you get all the vitamins and minerals you need, such as red cabbage for anthocyanidins that unblock vessels; shoots, sprouts, nuts and seeds which are rich in amino acids; swede for carotenoids which are antioxidants and precursors to vitamin A; greens such as brussel sprouts which are superfoods containing vitamin C, K E, some B’s, folic acid and B6.

Avoid processed, frozen and packet foods and try to buy organic as the nutritional content is far higher. Fruit and vegetables should always be ripe and you need to remove the skins. You may also need to supplement with iron, B12, vitamin D and magnesium depending on your blood tests (in conjunction with a naturopath). Refrain from caffeine, alcohol and smoking as all of these will increase the effects of tinnitus directly or indirectly.

In putting your diet together, you must do the research on what foods come under the low and no salicylate list. Then you need to use the test and measure principle. Write down everything you eat and drink. Every day record your level of tinnitus with 1 being mild and 10 being high. Do not stray from your diet and over a long period you will find which foods are working for you and which ones are not.

As well as having a serum blood test each year it is also useful to have a hair mineral analysis test which shows results that blood tests cannot indicate. For instance, high copper levels will lead to low zinc which increases hearing loss. High levels of mercury, lead and cadmium will increase anxiety and brain function loss which will increase the tinnitus.

Finally, regular exercise will elevate your serotonin, endorphins and dopamine which increases your sense of balance. Exercise also moves food along the gut which reduces absorption of allergens. It also helps to reduce stress, anxiety and depression, thereby allowing you to cope better with your tinnitus.

Lymphatic drainage massage can help clear the sinus and lymph glands behind the ears, mid-face, side of face, side of neck and occipital area, reducing pressure in the middle ear.

Seek the help of a clinical naturopath trained as a plant-based medical nutritionist as your diet must be well balanced.