Arriving in Sydney I was surrounded by late twentieth century culture without an aborigine in sight. I soon learned that the indigenous people of Australia now total around 1.8 per cent of the population. Having flown in from British Columbia I was reminded of the similarities with Vancouver, which I had just left. There the totem poles of Native Americans stood artificially arranged in an English Victorian park and in Sydney boomerangs are sold from the Opera House gift shop conveniently packaged in pristine plastic.

For the two weeks I am here the Festival of The Dreaming is taking place. This is Australia’s biggest showcase of indigenous arts and part of the three annual Olympic Arts Festivals between now and the year 2000, when Sydney hosts the Olympic games. The Dreamtime or Dreaming was the time before time as we know it, when metaphysical beings known as the Spirit Ancestors came to the earth and created everything, giving land and different species their shape, form and character.

At the art gallery of New South Wales I saw Pauline McCleod, an Aboriginal storyteller from New South Wales perform. An accomplished entrancer she knew her art well preparing the audience with the history of stories and telling them of the belief systems that support their logic and uses. She could only tell women’s stories as men had their own exclusive tales. The stories also belong to each particular part of Australasia and are not permitted to be told by the indigenous people of another tribe.

Having done the preparation of any hypnotist Pauline launched into her tale without warning, using confusion to take her audience of adults and school children into a dramatically constructed metaphor. As this happened her pupils dilated as she used wide-eyed expressions and the full range of theatrical skills to explain how the fruit bat had come to be a creature that hung upside down. I will not steal her tale but I can say that she worked the metaphor on many levels. Then five minutes later she came out of that trance suddenly and brought her audience back with and began to intellectualise the meaning of the tale.

One thing that struck me when I recalled the tales from my own childhood. I realised that in the Western culture, we have lost much of the art of storytelling. In my culture stories themselves have become the currency of entertainment and have usually lost their meanings in the replication of commercialised monotony. The emphasis on the meaning of a tale can be missed, distorted or depleted by it being robbed of the rich multi-dimensional messages that a storyteller can weave in on many different levels of consciousness.

From a cultural perspective, the vast majority of the Aborigines have lost their indigenous survival mechanism through the white man’s attempt to domesticate them. Devastation, desolation, and destruction of their land which was their spiritual temple known as ‘mother’ has left many of these people adrift in a sea of twentieth century consumerism. They were ecologists long before the rest of us, believing that we do not own land, we are simply the custodians and must take care of it. Many Aboriginal people now live in city slum housing with alcohol, marijuana and heroine addictions, while others have found their way back to the bush and holy places of their Dreaming stories.

Despite the millions of dollars that the Australian government continually invests into solving the problems of Aboriginal ill health, social dissidence and unhappiness remain. The present high profile issue between the Aborigines and the rest of Australia is over land rights and no matter what the government offers it seems they cannot change the belief systems of the Aboriginal people. Up until the early 1970s Aboriginal children were taken away from their parents, forcibly adopted by whitefolk and brought up as Christians In secret they Dreamstories going among themselves.

The Koala too chases an altered state too as it sleeps around 18 hours a day. Then when it wakes up it spends the majority of its time eating certain kinds of Eucalyptus leaves, which have little nutrition, so it has to eat great amounts of them. However the leaves have an intoxicating effect similar to that of a narcotic drug, causing the koala to be permanently stoned. In essence, it has a built-in drug addiction to its food source.

The Australians themselves live the trance of colonialism, flying the flag and paying homage to the British Crown. In a way this makes sense, for some ecologists have now predicted that the Australian ecosystem could only support around 30 million people since much of the country is unsuitable for agriculture and habitation. Being surrounded by Asia and continually changing world political allegiances, maybe being British could, for a while, retain stability in this vast but fragile country.

An interesting observation that I was able to make was that smoking is quite socially unacceptable. This may be a legacy from the fit, healthy, bronzed Adonis mentality of the beach-loving, surfing Australian. What is surprising about this is that the country is a melting pot for several cultures and many of these have a population of heavy smokers, such as Greece and Turkey. However it is an indication that the positive health approach to the cessation of smoking works far better than the implementation of negative, deterrent cures.

One of Australia’s biggest health problems is skin cancer, which is due to the over exposure of tender European skins to the harsh and strong sun. Our tour guide Ron, a strong 6’2″ 20-year-old male, explained the changing mentality. He said: ‘When I was at school if the boys did not play outside in the sun all day they were considered a ‘bit of a girl’, but nowadays all children are required to wear a hat and sunblock at school’. In this case perhaps it has been the fear of skin cancer that has changed their belief systems.

I managed to speak to Dr. Wendy-Louise Walker, BA, PhD, a psychologist and the 1996-97 President of the Australian Society of Hypnosis (ASH). She said that only postgraduates, medics, psychologists and dentists were allowed to join the society once they had completed the society’s training. There was also a period of two years clinical supervision required to gain full membership. Whilst in the past training had been undertaken by the society itself, they were now aware that Masters level of training in hypnosis was coming into Australian universities. There is also a case now where psychiatric nurses, at postgraduate level, may be using hypnosis, but she said the discipline of hypnotherapy was not generally recognised.

I explained that in America and England the discipline of clinical hypnotherapy was being taught at Masters and Doctorate level, which included psychology and psychotherapy training. She did appreciate that cultures differed and flexibility should be always kept in mind. The state of Victoria was about to do away with registration so that no one practising hypnosis in Australia needed to be registered. The ASH has been fighting against this and has made representations to the health minister supporting compulsory registration. They are still awaiting the outcome.

One of the problems seemed to be that unqualified or untrained hypnotists sometimes damaged subjects because they were ignorant about what they were doing. These could include medical professionals who thought their degree in medicine qualified them to play around with hypnosis.

Although the ASH does encourage ongoing education in hypnosis for their members there are presently no compulsory stipulations of which courses members must partake. Dr Walker indicated that this may be a possible way forward in the future. I was also told that many trainers brought their own approaches to the courses which could include direct command hypnosis, Ericksonian or more psychoimaginative approaches. What was important, she said, was that they tried to achieved a rounded balance in their training programmes.

Medicare, the equivalent of the British National Health Service, only funds treatment that includes hypnosis if the practitioner has a medical or dentistry degree. Unfortunately a psychologist or psychotherapist could not get paid by the government for administering hypnotherapy.

Being the sticky beak that I am, I scoured the advertisements for hypnotherapy services, and there were lots of them in Sydney alone. However when I looked in the bookshops there seemed to be very few books on hypnosis or hypnotherapy. The diversity of practitioners purveyed the unusual cacophony, which can be found in the directory of any major city, of special associations that many belonged to. No consistency, however, seemed to prevail, even though there were coats of arm, emblems and the usual variations of therapists with a diversity of letters after their names. In short Australia’s altered states were as diverse as they were inconsistent. . Is this a bonus the protects the unsuspecting Australian public?

Undoubtedly my most profound curiosity was taken by what altered states the Aborigines entered into during their ceremonies. However, in the whole two weeks I was unable to find out very much. The white Australians were generally unaware that such states had happened at all, since they did not mix with the ethnics. The Aborigines I spoke to unfortunately did not understand my language, questions, concepts of altered states, or why a plump, middle-aged white woman from an unknown place should even be interested. Hopefully their mystification of our ways will protect them from our clipboards, analysis, categorisation and ultimate moral superiority. 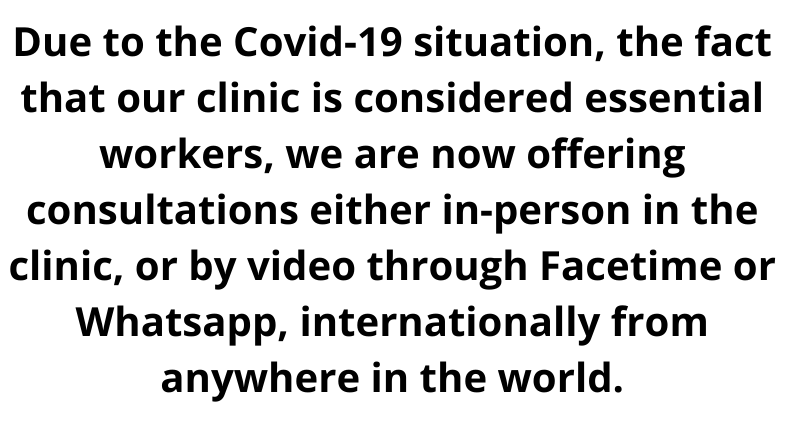